On October 28, 2021, social media giant Facebook announced their decision to rebrand with a new name and a new vision: Meta.

The introduction of the name Meta was, according to Mark Zuckerberg, the first step towards a complete overhaul, de-emphasizing Facebook’s name and highlighting the company’s new focus.

With the arrival of the new Meta rebrand, Zuckerberg is planning on re-centering Facebook around the pursuit of a new digital frontier. The question is, what do all these changes mean to the marketing landscape and social media advertising as we know it?

In today’s article, I’ll be providing an overview of everything from what the metaverse actually is, how it connects with Web3 (or Web 3.0), and why the Facebook rebrand is so important.

What Is the Metaverse?

The choice of the name “Meta” for the rebrand of Facebook wasn’t an accident. Zuckerberg chose this title based on the company’s new focus on enabling, creating and empowering the “metaverse,” a trillion-dollar ideation of next-generation internet.

Unfortunately, a lot of people still don’t fully understand what the metaverse is. I often associate the concept with sci-fi books like Snow Crash or Ready Player One. If you’ve ever played the popular ’90s video game “Second Life” you might be able to grasp the metaverse a little more easily, too: 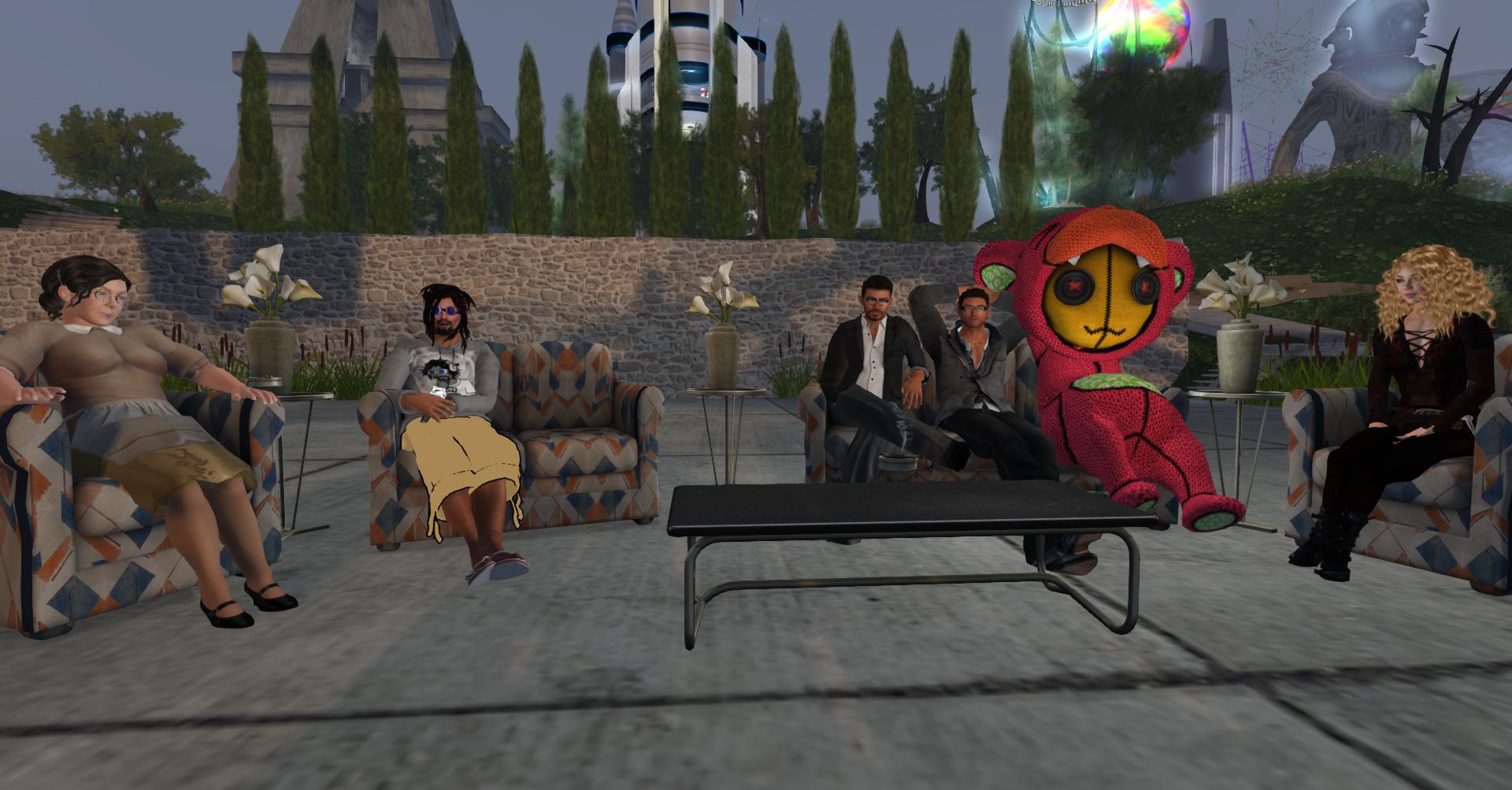 Essentially, it’s a new form of “embodied internet” which changes the connection between the real and digital landscapes. In the metaverse, our real and digital identities, experiences, and interactions are more closely intertwined. In a nutshell:

“A metaverse is a network of 3D virtual worlds focused on social connection.”

The metaverse started mainly in the gaming landscape, where huge communities have formed on gaming sites like Roblox and Fortnite, creating new experiences and economies as a result.

These gaming environments create huge digital worlds where people can connect on a level beyond the real world. We’re also seeing the evolution of metaverse opportunities in the development of extended reality (XR). With XR (VR, AR and MR), we can step more readily into the digital landscape or bring elements of the digital world into our physical environments.

The metaverse blurs the lines between the digital and real world – beyond what we have today.

Dive Deeper: What Is Web 3.0? The Future of the Internet

Why the Rebrand to Meta Is so Significant

The metaverse has the potential to be a huge opportunity, not just for Facebook, but for the world as we know it. It makes sense that Facebook would want to capitalize on this fact by aligning itself with the metaverse during the early stages of its evolution:

However, the decision to rebrand was clearly still a huge one for Facebook – a company with a significant, and well-known, brand already. It’s not like Facebook is some small company; it’s a huge parent brand responsible for a range of ecosystems, from Instagram and WhatsApp to Oculus.

By leaving the weight and heritage of Facebook behind, Meta is highlighting just how important the shift to the metaverse is in the eyes of the company leaders. Already, Meta has announced a $150 million dollar investment to train AR developers to support the XR side of the metaverse. The company also plans to establish professional curriculums to teach developers and creators how to build in the Metaverse.

The rebrand for Facebook isn’t just a name change or a logo update – it’s an all-encompassing transformation, based on a belief that the metaverse is the future of the internet.

This isn’t the first time Facebook has gone all-in with its vision. A while ago, the company decided mobile interactions were the future of the web and purchased new apps like Instagram and WhatsApp as a result. Look at how the online world has changed since then. Increasingly, mobile has become the ultimate way for people to connect online.

About 90% of the global internet population now uses a mobile device to go online. Clearly, Zuckerberg’s predictions paid off.

Dive Deeper: When Should You Rebrand Your Business? (Plus 5 Examples!)

Meta and the Future of Decentralized Spaces

Investing in a rebrand with a focus on the metaverse gives Facebook another opportunity to be on the cutting edge yet again: at a time when considerations about Web3 and the future of decentralization are changing the way we approach the online world on an astronomical level.

This is clever when you consider the fact that the transition from Web2 to Web3 would involve actively reducing the power attributed to big, centralized companies like Facebook.

Web2 (the Internet we have today) has leaned heavily on large companies capable of controlling a significant amount of our online branding experience. Here’s a great comparison from Affinidi:

Companies like Facebook and Google have done a lot of good for the world, making the Internet more accessible for the masses. However, many experts are beginning to agree that these centralized companies are stifling the creativity and talent of developers by limiting what people can do online.

In Web3, we’ll have things like NFTs, to ensure that creatives and artists can monetize their work fairly and be rewarded for their expertise. We’ll have more blockchain functionality to track the trustworthiness of transactions and maintain a sense of global truth.

Web3 is also closely connected to the metaverse, as it promises a digital environment where we can leverage more aligned digital and real-world identities. Facebook’s announcement to become “Meta” and build on the new future of the metaverse allows it to transition into the world of Web3 and leave its position as “Facebook” behind.

Learn More:
* 5 Examples of Brands Using NFTs to Monetize Their Work
* NFT Strategy: Everything You Need to Know to Get Started
* What Is the Creator Economy (& Why Should You Care)?

Rebranding to Stay Ahead of the Curve

By transitioning from “Facebook” – a concept associated primarily with the social Internet and large, centralized data repositories of Web2 – into “Meta,” Facebook can essentially recreate itself for a new age. It’s an opportunity for the brand to leave everything that may not align with the new version of the web behind and position themselves as the “future” of the web.

The Meta brand has already pledged over $50 million in development into XR programs and research aimed at subsidizing global research into Web3. The fact that the brand is pledging money into the recreation of the Internet, or the “metaverse” as we’re coming to know it, shows that Facebook understands the direction its audience is going in.

It’s not just Meta that’s attempting to stay ahead of the curve either. Adobe has adjusted Photoshop to enable the creation of NFTs, and Marvel and Disney partnered with an innovator in Web3 to create NFTs: 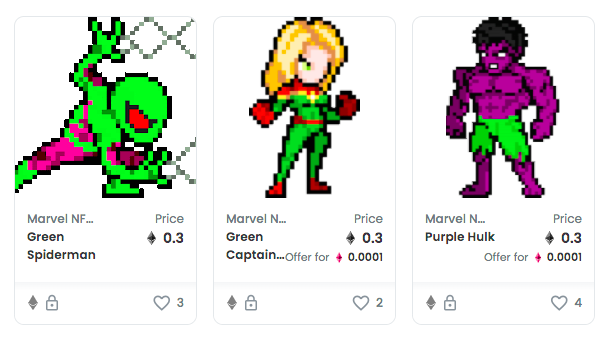 All these companies are looking towards a future where decentralization reigns supreme. Even major gaming and technology companies are taking part.

Recently, Microsoft announced its acquisition of Activision and revealed that the purchase was, in part, to provide it with the “building blocks” it needed to create its own metaverse. All of the major brands are racing to ensure that they’re not left behind by the new age of Internet.

What the Metaverse Means for Marketers

When any major change happens in the digital world, the natural response of many marketers and business owners is to panic. However, I think the transition Facebook made to “Meta” and the rising focus on metaverse and Web3 concepts in general is a positive thing.

Essentially, it means that Facebook is saying it recognizes that no one company can “own” the internet and it’s taking steps to ensure that it can play a part in building a new, more decentralized space. Facebook has the power to maintain at least a portion of its impact as we go ahead into the new age of Internet, and they’ve got the huge number of users required to make future creations a success.

Although “Facebook” as we know it may not play as much of a part in the future of the Internet as it does today, “Meta” could be a real contender.

The Meta brand is definitely going to help pioneer a future built on digital communities, decentralized content and new interactions.

What’s more, because Meta is getting involved while the market is still relatively fresh, they get to position themselves on the cutting edge, getting first dibs on genuinely exciting new operations. Going forward, Meta wants to invest around $10 billion on its metaverse division. This new landscape will further push marketers away from the old-fashioned Facebook ads and common methodologies we use for gaining attention today.

That’s not to say social media marketing and the like will disappear entirely, but businesses will need to think more carefully about how they’re positioning themselves in a new digital world. Notably, you’ll need to focus on:

Right now, we’re still in the very early stages of figuring out what marketing and advertising might look like in a world defined by metaverses and Web3. What we do know is all the largest companies are investing heavily into this landscape, and that generally means smaller companies should be moving in this direction, too.

Typically, wherever the “attention” is will usually be where marketers need to go and start learning. Now that the focus is on metaverse, Web3 and NFTs, this indicates you should be developing your knowledge in these areas.

We’re already making these moves in my company, creating our own NFT projects just to get some experience in the space:

Asking questions about how people are actively connecting in a digital environment puts you in the perfect position to start making strides towards the metaverse.

I’d advise checking out some of the new and impending trends which are beginning to emerge in the Web3 area. For instance, it’s worth looking at people selling real estate in the digital world, selling art, or building new economies through digital ecosystems in the blockchain.

The main thing you can be doing right now is staying open-minded and educated. The more you can learn about the marketplace as it’s changing, the easier it is to ensure that you won’t be left behind in the dust.

Want to learn more about Web3 and metaverse marketing concepts? Sign up for your FREE marketing consultation. 👇🏽

This topic originally appeared on our Leveling Up YouTube channel, where you can find tons more videos on all things digital marketing, like SEO, content marketing, NFTs, web3, paid media, email marketing, growing your business, and much more! 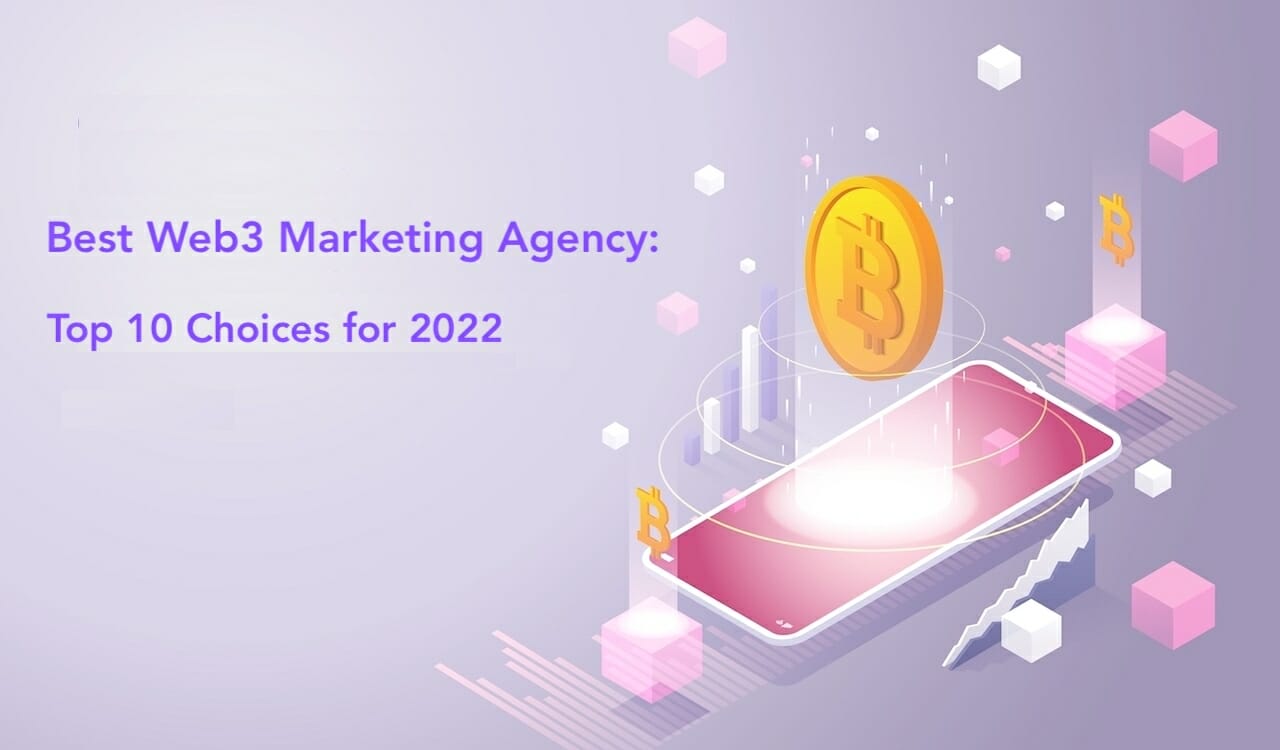