Even though Jon Miller started his educational journey as a physicist, he has become one of the biggest heroes of internet marketing automation and helping businesses create and employ sophisticated marketing campaigns that match today’s customer expectations.

Even though he earned is undergrad degree in physics and was all set to go to MIT for a top-of-the-line doctoral program, Jon veered off into internet marketing and never looked back. In fact, he’s spent his entire career in marketing and hasn’t ever regretted not pursuing his doctorate.

But he does give some credit to his background in physics: He thinks the quantitative and analytical way of thinking he learned during his undergrad years has helped him become the marketer he is today.

But they caught their break when they met Bruce Cleveland from Inter West.  He had just stepped away from his position of CMO at Siebel, so talking to him felt more like talking to a marketer than a VC. He understood their product and saw the value an investment in them could provide, so he wrote them a check.

According to Jon, marketing has changed more in the last 5-10 years than it ever did in the 100 years before that.

Before the internet became so pervasive, it was relatively easy for companies to reach their buyers, but kind of hard for buyers to find product information.

Today, that’s completely flipped around. The internet has brought a very profound change in the way companies need to reach out to and interact with their customers, which is where Marketo comes in: it’s a software service that provides the technology marketers need to thrive and succeed in this new way of buying.

But… How is Marketo Different from HubSpot?

According to Jon, HubSpot is a company that serves the needs of very small businesses, which is further proven by their recent CRM launch.

While there is a need for a mile-wide, inch-deep solution, Jon says that as companies reach higher levels of sophistication in their marketing, they need more functionality, which is where Marketo comes in. Even though Marketo isn’t a solution that tries to be everything for everyone, it is a marketing-first solution that helps marketers successfully do modernized demand generation.

Marketo has grown into a company with more than 3,500 clients by practicing what they preach.

Even though a lot of SaaS companies rely on their own networks to generate their first handful of leads, the Marketo founders took a different route – the route of online marketing & demand generation.

Before they even had a product to launch, Jon started blogging to generate an audience who wanted to hear what he had to say, and then scaled from there.

But there was a problem: by pumping out piece after piece of thought leadership and best practices, Jon got an incredible inbound flow of people, but they weren’t actually ready to buy – they were coming in for his content, not his product.

To solve the problem, they used their own solution (Marketo) to help nurture their incoming leads and develop them over time.

On average, it takes Marketo 327 days to convert someone from a lead into a customer. Some leads are way faster, and some have been sitting around in their system for years.

But leads from inbound marketing content funnels are far faster: taking an average of just 170 days to convert.

It might seem like people are kind of slow to pick up on marketing automation, but that’s not the way Jon sees it.

He points out that it took 20 years for CRM services to get the market penetration they have today. So, in the case of marketing automation, it’s moving from something that was only being purchased by early adopters into something that is becoming more mainstream.

When to Move to Marketing Automation: Know Your Numbers & Be Ready to Work

Jon says that the time to move from manual marketing to marketing automation depends on the number of customers and prospects you’re trying to process. 100 to 200 can be done manually, but when you get into the thousands, that’ll be too much to handle.

He also says that you need to be willing to use the automation software, because despite the word “automation,” it doesn’t actually run by itself. You’ve got to be willing to tell it the marketing that you want it to do, which is why you’d probably need to have at least one person on your staff who is 100% dedicated to marketing before you’re ready to invest in automation technology.

How Marketo Sets Up an Effective Inbound Content Marketing Funnel

Jon says Marketo doesn’t really do anything unique or out of the box for user acquisition, but he does say that they’re really good at running their own software to create a really wide top part of their funnel, nurture the new leads, and identify when someone is ready to be passed along to sales.

In fact, the leads & sales that come from their inbound content marketing funnel account for 58% of their business.

To get such a high success rate, they apply a lot of rigor to each of the three stages of their funnel:

Creating the Interesting, Engaging Content to Fill the Top of the Funnel

They set aside the time & mental energy to create 100-page ebooks that are extremely educational, highly visual, and easy to read. They give them away for free, but don’t treat them as Marketo commercials.

Jon finds the guides to be so effective and valuable, that he says he’d rather create one 100-page definitive guide than seven ebooks.

One thing Jon’s wanted to do from the very beginning was to provide a way to educate and empower marketers.

He feels most marketing programs don’t train their students to do modern, engaging marketing, leaving them to flail around guessing at things. With the Marketo Institute, he can empower marketers with fact-based insights and quantitative research to tell them what strategies actually work and why. Because Marketo has the unique opportunity to access anonymous marketing data of their 3,500 client companies in 20 industries and 36 countries, the teachings of the institute are based on the best data set of its kind.

Imagine opening Excel for the first time ever. People have told you how amazing and powerful of a tool it is. You click around, try to enter some data, but can’t figure it out for the life of you. You soon get frustrated and write it off as too difficult to be worth anything, not realizing what you’re missing out on.

Now imagine if you’d had to pay a hefty upfront fee to get access to Excel & couldn’t figure it out. Because you’d invested the money, you’d be on the phone to customer service to figure out how to get that thing working, right?

With Marketo’s first product – they had to figure out this same thing. In 2007, when they launched their PPC bid management solution, they found the biggest problem with selling was that a lot of people simply didn’t know what to do with the technology to make it effective.

To solve the problem, they figured out that putting some barriers in the way to the product could actually work in their favor… it was too easy for their prospects to write off their product during a free trial, but after they’d invested a three-month payment up front, they’d force themselves to work through it and get it working at optimum efficiency.

Rather than becoming obsessed over time management, Jon thinks a more effective take at increasing productivity is managing his energy. One hour of being really alert and focused is far better than four hours of sluggish work, he says.

He also says this is key for managers to understand – all too often people try to micro-manage the time of their employees, rather than their energy.

More on marketing and sales funnel:

How to Create a Marketing Funnel that Generate Sales (Templates Included)

Why Retargeting Is Absolutely Essential For Any Marketing Funnel

How to Set Up Marketing Funnels (TOFU, MOFU, & BOFU)

Step by Step Guide: How to Build a High Quality Marketing Funnel

How to Create CTAs that Actually Cause Action

[Podcast] What Part of Your Funnel Should You Focus On?

[Podcast] How to get Sales and Marketing to Work Together

[Video] How to Create a Marketing Funnel for Best Results

Jon suggests reading The Hard Thing About Hard Things by Ben Horowitz because it’s the closest thing he’s ever seen to a step-by-step instruction manual for a startup CEO.

Resources from this Episode:

Go to Growth Everywhere for more interviews like this. 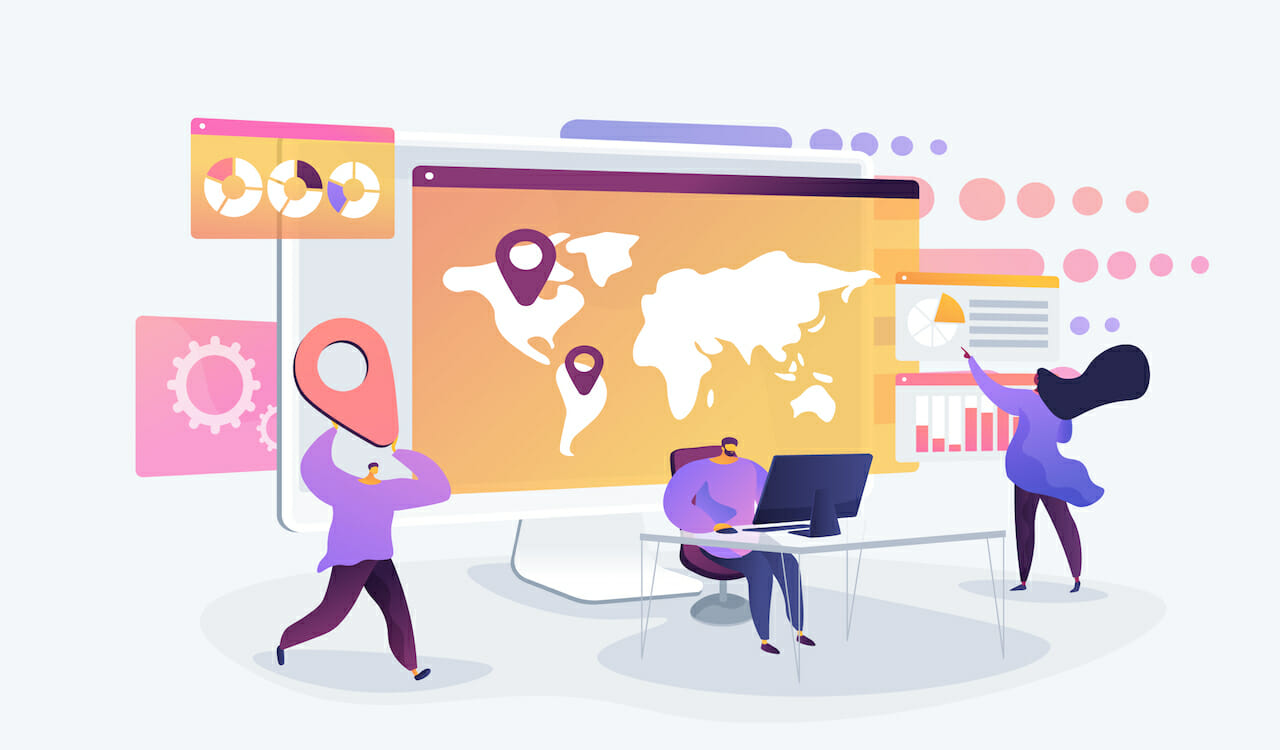 Joydeep Bhattacharya • Sep 28, 2022
International SEO: How to Optimize Your Website to Capture a Global Audience
Share This Post
Popular Posts
31 Best Digital Marketing Campaigns You Can Swipe
18 Reasons Why Your Instagram Posts Fail (And What to Do About It)
17 Effective SEO Techniques to Drive Organic Traffic in 2023
20 Pre-Production Tips to Create Successful Video Content in 2023
22 Alternative Ad Networks for Best PPC Conversions in 2023
30 Social Media Prompts to Get the Conversation Started
How to Create Instagram Stories Ads that Your Ideal Customer Will Swipe Up
34 Digital Marketing Trends You Can’t Ignore in 2023
17 Engaging Video Content Types that People Love to Watch
SPEAK WITH AN EXPERT
Great marketing is tough. That's why we're here.
Read this next
Lisa C. Dunn • Apr 26, 2018
Beginner’s Guide to Voice Search SEO
Previous Article
Selena Templeton • Apr 24, 2018
[Podcast] Automation Master Brad Martineau on How to Set Up Successful Sales Funnels
More like this
Eric Siu • Jan 31, 2022
How to Find Legit NFT Artists & Work With Them Effectively
Julie Neidlinger • Sep 8, 2016
How To Turn Your Editorial Calendar into a Well-Oiled Content Machine
Raghav Haran • Jun 21, 2017
Google Search Console Won’t Include Snippets Anytime Soon
Freddie Tubbs • Aug 13, 2018
8 Quick Tips to Ensure SEO-Friendly Emails
Lindsey Allard • Feb 3, 2020
How to Use UX Testing to Improve Your Customer Lifetime Value (CLV)
Latest Posts
Troy Lambert • Feb 3, 2023
Google E-E-A-T: How to Signal That You’re an Experienced Content Creator
Joydeep Bhattacharya • Feb 1, 2023
75+ CRO Statistics That’ll Help You Increase Sales in 2023
Joydeep Bhattacharya • Jan 30, 2023
100+ ChatGPT Prompts to Supercharge Your Marketing Efforts
David Borgogni • Jan 27, 2023
Elementor Review: Is It Still Worth It in 2023?
Justin Caldwell • Jan 25, 2023
GetResponse Review: Is It Worth It in 2023?
Back to our blog