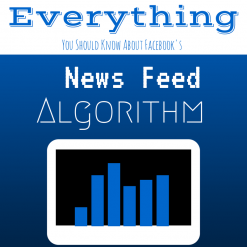 Unless you’ve been ignoring everyone for the last 6 months or so, you’ve probably heard a few people complain about the decrease in organic reach for business pages on Facebook. There have been several updates and changes to Facebook, and the way it determines what shows up in a user’s newsfeed, that have (or should have) changed the way businesses and marketers are leveraging the social network. Before we get into all of that, let’s review why Facebook IS a big deal.

“The goal of News Feed is to deliver the right content to the right people at the right time so they don’t miss the stories that are important to them.”

That little quote is straight from Facebook’s ‘News Feed FYI‘ that was published in early August of 2013. While that may seem like a long time for most of us who are used to the fast pace of the social media world, everything that Facebook has done with their News Feed since that post supports the statement. As you dig through you’ll see that at any point in time there are over 1500 stories from friends, pages, and people they follow waiting to show up in the average user’s newsfeed. Unlike Twitter, the stories in the News Feed tend to stick for longer — which one of the key things that differentiates the two social channels — so there’s no reasonable way for the average user to see every post they’re connected to. That’s exactly why Facebook developed the News Feed Algorithm and initially it focused on pretty obvious variables like:

Even with these variables in place business pages were able to maintain a decent and steady organic reach by posting good content and actually engaging their fans. Fast forward to December of 2013 and Facebook’s announcement admitting the decline of organic reach for businesses:

“We expect organic distribution of an individual page’s posts to gradually decline over time as we continually work to make sure people have a meaningful experience on the site.”

This sent the digital marketing world into sheer panic. While many marketers speculated and published their opinions to the world, well-known companies like [email protected] conducted their own studies to confirm the end of organic reach on Facebook. In the chaos and panic of it all businesses and marketers began to assume that this is how it was going to be from now on, without considering the fact that Facebook would continue to alter their News Feed algorithm on a regular basis. 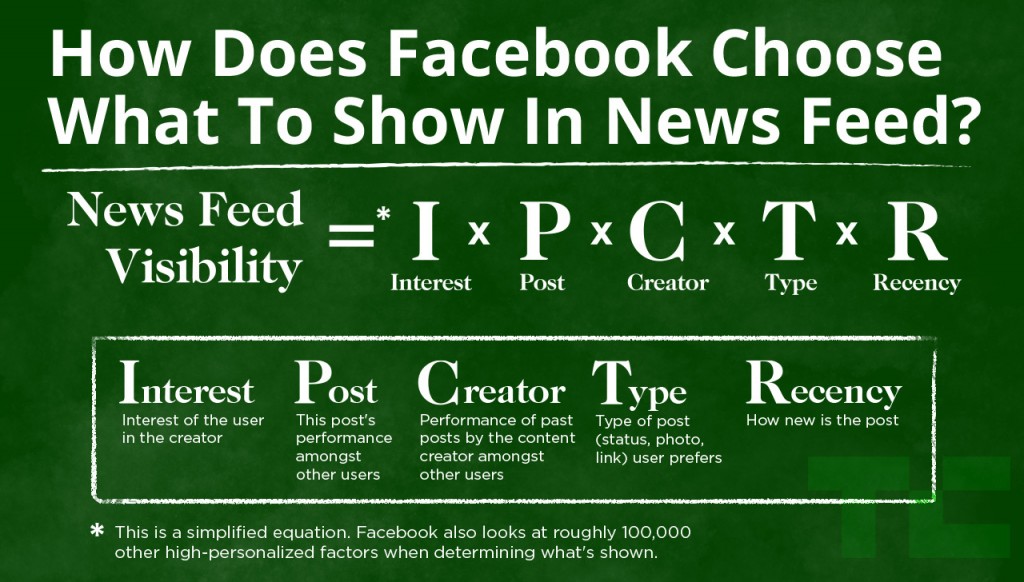 In April of 2014 TechCrunch shed some much-needed light onto the situation. Pointing out that there was a very real issue that Facebook was trying to solve for the user and the complexity of the algorithm itself. After a chat with the Facebook News Feed Director of Project Management they were able to identify a few of the most determinates of whether or not a post would show up in the News Feed:

Digitas VP-Social Marketing Alex Jacobs made a great point when he said, “If brands were to continue reaching the same amount of people as a percentage of their fan base, [Facebook would] be giving preferential treatment to them over a user,” he said. “It’s just the fact of the matter in terms of platform growth and the amount of content that’s getting posted.” 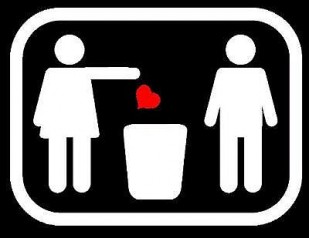 While this makes sense from a UX perspective, businesses continued their rage and rebellion, which is totally understandable considering that many of them had already spent hundreds or thousands (or more) of dollars building an audience on Facebook now had to pay even more to reach them. Some brands were so upset by the situation that the publicly ‘broke up’ with the social network.

Facebook responded with the release of their ‘Generating Business Results On Facebook’ document which basically tried to reposition the situation as an opportunity for brands to more effectively target the right audience with their marketing budgets. The argument being that fans who have already engaged your brand by ‘liking’ your page and engaging with your posts are more likely to engage with your ads which should lead to a higher CTR and a lower CPA. Assuming that you have built a valuable and interested audience on Facebook. In our experience, they weren’t wrong but, that still doesn’t address the issue of brand’s having to pay for most of their fans to see anything they post.

In another effort to improve the user experience within the newsfeed, Facebook announced more changes at the end of April 2014 based on Mark Zuckerberg’s own experience. In short, Mark saw a post about his co-workers birthday over the birth of his niece. As a direct result, posts with ‘congratulations’ in the comments automatically receive a boost in organic reach. While they may seem trivial, we now know that the News Feed Algorithm actually incorporates the content of the comments instead of just the volume or frequency of the social actions. Zuckerberg also said, ““We’re testing a lot of things every day to figure out what’s going to make the most engaging feed,”which basically means that we’ll never really understand exactly how it works without getting a spy inside the walls of Facebook HQ.

I won’t start my own rant at this point about why you should just accept the situation but I WILL point you towards a solid argument from Insidefacebook.com that basically points out the fact that Facebook is a business and that they should be prioritizing the user over the business because if they didn’t the entire network would fail and everyone would lose.

In May of 2013 Facebook announced that they would be rolling out verified pages to (mostly) celebrities and big brands. Most of us just brushed it off as another pointless feature (like hashtags) and an attempt to integrate the better parts of Twitter. fast-forward to now and we’re seeing verified pages reaching 60%-80% of their audience organically, and that’s without receiving high amounts of engagement! Unfortunately, Facebook has yet to roll out a process for businesses to apply/qualify for verified accounts, so all we can do at this point is watch and wait.

Facebook has announced on several occasions that they want to become a better source for ‘real-time news’. One of the things they’ve done to support this goal is to actually give some publishers free advertising within the network. They also recently rolled out their FB Newswire to help build their relationship with the journalism community and their ‘Paper’ app to focus on building their relationship as a content source with the user.

We now know that Facebook is actually defining the quality of the content based on the source itself. Our team can verify that posts from certain publisher perform better than others prior to any form of engagement. As far as we can tell, Facebook has drawn the line between publishers who publish both online and in print and publishers who only publish online.

For example: Posts from Adweek have performed better than posts from Mashable or TechCrunch, even when they were covering the same, or very similar, stories.

If You’re Looking For More Data

Jon Loomer has been running a very interesting set of tests on the News Feed Algorithm and they are definitely worth considering. In general, I love Loomer as a source for advice and strategy within the Facebook Ads platform but I had a few concerns with his tests that everyone should consider before altering their strategy to incorporate his results. The biggest concern is that the algorithm is based on personal data and, as a marketer, Loomer is more likely to have ‘liked’ more business pages than the average user which would alter the results. So, while his numbers might be able to point you in the right direction, don’t forget that your target audience and customers might (are likely to) have a completely different experience within the feed.

The Single grain Social Team has been running our own tests over the last year and have come to a few reasonable conclusions that have held up within various industries, content categories, and audiences. Take a look at the list below to get a few ideas of what you can test within your own social strategy and then be sure to test regularly to see if what you’re doing is actually working.

There you have it, a history of one of the most paid-attention-to places within the entirety of the internet and an update on what works and what doesn’t. At this point you may be debating whether or not Facebook even makes sense for your business and the answer, in short, is maybe. Social media has been considered ‘owned media’ since it really tool off almost a decade ago. It was probably naive of us to think that these businesses were going to just let us have it forever but it’s important that we all move on and refocus. Here are some questions to help you decide whether or not you should make Facebook part of your marketing strategy:

Want to get personalized, specific ideas on how you can leverage Facebook’s algorithm to run high converting Facebook ads for your business? Click the green button below, and let’s chat! 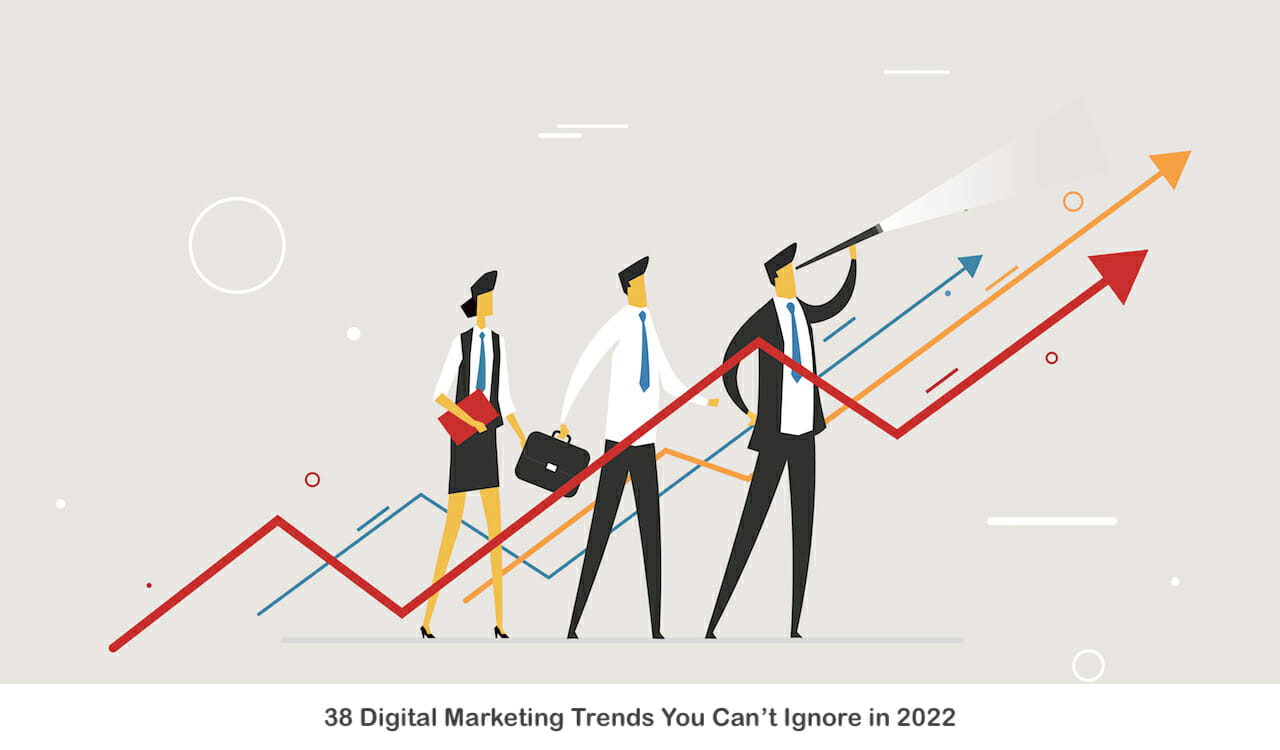 Nidhi Dave • Sep 20, 2022
38 Digital Marketing Trends You Can’t Ignore in 2022
Share This Post
Popular Posts
31 Best Digital Marketing Campaigns You Can Swipe
18 Reasons Why Your Instagram Posts Fail (And What to Do About It)
17 Effective SEO Techniques to Drive Organic Traffic in 2023
20 Pre-Production Tips to Create Successful Video Content in 2022
22 Alternative Ad Networks for Best PPC Conversions in 2022
30 Social Media Prompts to Get the Conversation Started
How to Create Instagram Stories Ads that Your Ideal Customer Will Swipe Up
38 Digital Marketing Trends You Can’t Ignore in 2022
17 Engaging Video Content Types that People Love to Watch
SPEAK WITH AN EXPERT
Great marketing is tough. That's why we're here.
Read this next
Eric Siu • Jul 23, 2014
Out of Ideas? 10 Ways Thought Leaders Create Content
Previous Article
ericosiu1 • Jun 2, 2014
7 Ways to Improve Your Content Marketing Strategy
More like this
Eric Siu • May 10, 2017
Why Content Marketing Should Always Be 20% Creation and 80% Promotion
Rebekah Carter • Mar 18, 2022
Best Facebook Ads Agency: The Top 5 Choices for 2022
Marcus Ho • Feb 4, 2019
4 Steps to Discover Your Ideal Buyer Persona for B2B Marketers
Joydeep Bhattacharya • Sep 15, 2022
What Is Web 3.0? The Future of the Internet
Brian Barr • Jul 19, 2017
The Ultimate Guide to Running Ads on Snapchat
Latest Posts
David Borgogni • Nov 30, 2022
Moosend Review: Is This the Best Email Marketing Tool for Beginners?
Justin Caldwell • Nov 18, 2022
AWeber Review: Is It Worth It in 2022?
Single Grain Team • Nov 16, 2022
17 Effective SEO Techniques to Drive Organic Traffic in 2023
Devin Pickell • Nov 16, 2022
10 Easy Tips to Make Your Holiday Marketing Campaigns a Success
Rebekah Carter • Nov 11, 2022
Best YouTube Marketing Agency: Top 5 Choices for 2022
Back to our blog