[LIMITED SPOTS] Want To Uncover Your True Potential and Achieve Financial Freedom? We invite you to join a FREE Masterclass with award-winning business leader, Eric Siu, where he shares his 5-Step Blueprint to Starting Your Dream Online Business That Gives You Freedom & Fulfillment.
Click Here To Reserve Your Spot Now.

Twitter has a new ad program. For $99 a month, the social platform is willing to “do the heavy lifting” for you.

The ad program (which is still being tested) is a subscription-style service that businesses will have to pay $99 per month to access. The program automatically promotes their tweets every day.

According to Twitter, the service “automatically amplifies your tweets and profile” for 30 days and includes analytics to help you evaluate the reach, engagement, and followers brought in by the campaign.

All you have to do is continue to “tweet as you normally do and some of those Tweets will automatically be promoted.” And then on a biweekly basis, you will receive a report “that details the consistent follower and engagement growth you earn by being in the program.”

The program is currently still invite-only. And since it’s still in beta, Twitter is offering the first 30 days free. 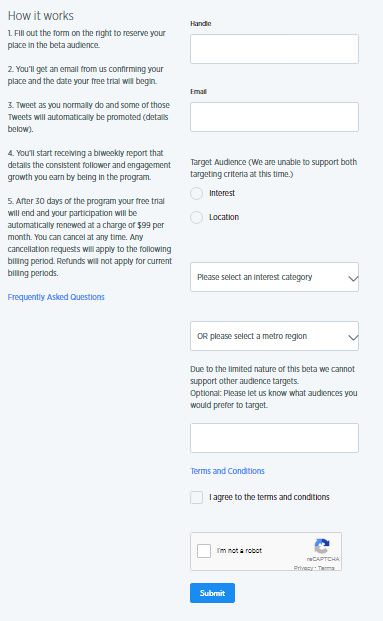 Twitter will run Promoted Account ads for up to 10 of the participant’s tweets every day. The program automatically picks the first 10 tweets of the account, excluding retweets, quote tweets, and replies.

Twitter expects that the ad program’s competitive pricing and low friction (you’re not required to create any dedicated ads) will prove popular with users. Subscribers are free to cancel anytime, according to the company.

Too Good to Be True?

The ad program doesn’t come without trade offs. For instance, Twitter says, “not every Tweet that is added to your Promoted Tweet campaign will serve an impression, and the extent each Tweet is promoted may vary based on performance.”

So one caveat to advertisers is that you don’t get to pick which tweets will be promoted and your control over the audience is limited.

In the testing phase, Twitter is offering only two targeting criteria:

Keep in mind that participants can only pick one of the two types of targeting. 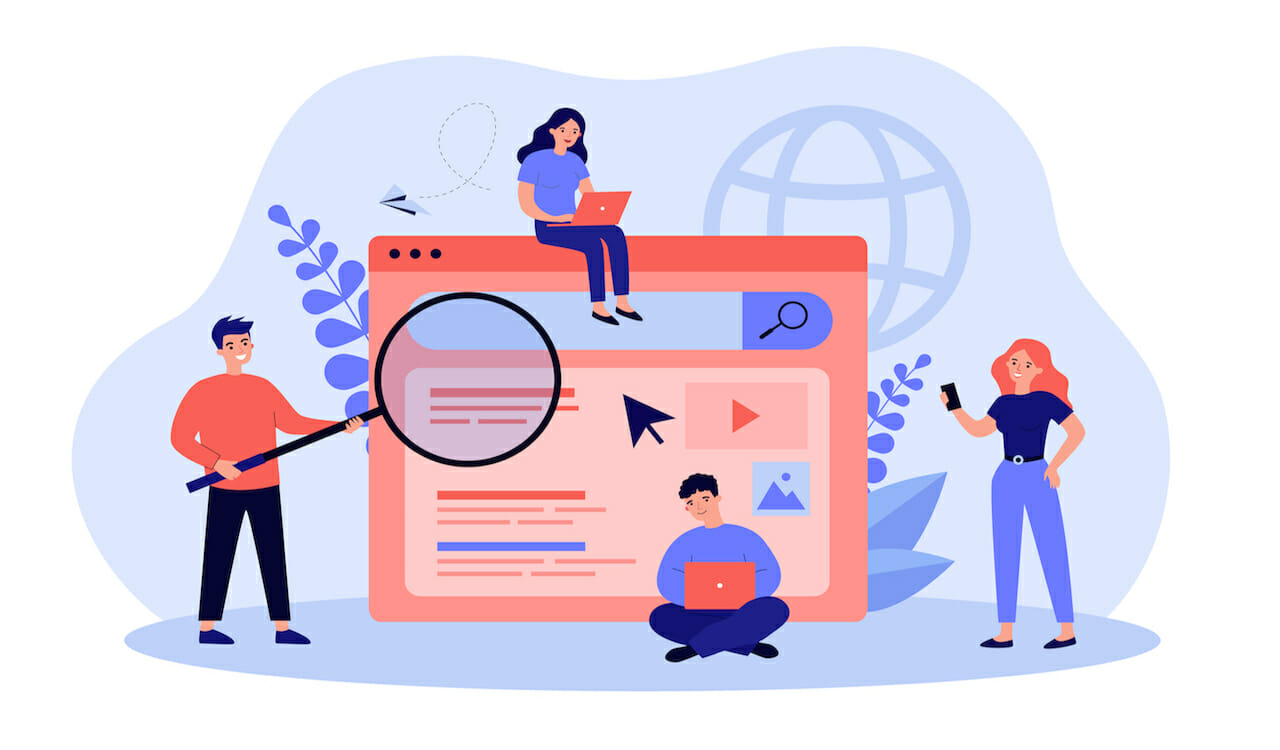 Chris Bournelis • Nov 22, 2021
How Zero Search Volume Keywords Can Generate a Ton of Traffic
Share This Post
Popular Posts
31 Best Digital Marketing Campaigns You Can Swipe
18 Reasons Why Your Instagram Posts Fail (And What to Do About It)
10 Effective SEO Techniques to Drive Organic Traffic in 2021
20 Pre-Production Tips to Create Successful Video Content in 2021
22 Alternative Ad Networks for Best PPC Conversions in 2021
30 Social Media Prompts to Get the Conversation Started
How to Create Instagram Stories Ads that Your Ideal Customer Will Swipe Up
Beginners Guide to Using Facebook Video Chat
38 Digital Marketing Trends You Can’t Ignore in 2022
17 Engaging Video Content Types that People Love to Watch

Read this next
Raghav Haran • Aug 10, 2017
Facebook Is Letting Some Users Go Live from Facebook Camera
Previous Article
Raghav Haran • Aug 7, 2017
5 New Features Exclusive to the New AdWords Interface
More like this
Latest Posts
Chris Bournelis • Nov 22, 2021
How Zero Search Volume Keywords Can Generate a Ton of Traffic
Selena Templeton • Nov 18, 2021
How We Increased Mailshake’s Blog Traffic by 117% in 30 Days (Without Creating New Content)
Ivan Kreimer • Nov 18, 2021
5 Examples of Brands Using NFTs to Monetize Their Work
Single Grain Team • Nov 15, 2021
How This Content Team Improved Organic Search Click-Through Rates Across 10,000 Pages
Joydeep Bhattacharya • Nov 11, 2021
What Are NFTs and How Do They Help Business?
Back to our blog
Thank you!
You’ll be hearing from us very soon.
Close Visit SingleGrain.com
Get started in 1 minute → Keep goin’! Start my free consultation

WAIT! Don’t leave without joining our FREE new training.
👉 Snag Your Seat Now and Discover The Proven 5-Step Blueprint To Starting Your Dream Online Business & Achieve Financial Freedom with Eric Siu
YES! I want to reserve my spot now!
No thanks, I’ll pass on this unique opportunity.
This site uses cookies. By continuing to browse the site, you are agreeing to our use of cookies. Find out more.