Part 3 of a 5-part series: How to Become a Consultant

Did you miss part 2? No problem – you can find it here!

In terms of growing a consulting business or an agency, Sujan Patel (Web Profits co-founder) and Eric Siu (Single Grain CEO) have made a million mistakes. So many times when they should have gone out of business, lo and behold, they both emerged to build seven-figure agencies again.

In this article, they’re going to share with you the mistakes they made along the way so you don’t have to.

6 Pitfalls to Avoid When Starting a Marketing Agency

Mistake #1 – Trying to Do Everything Yourself 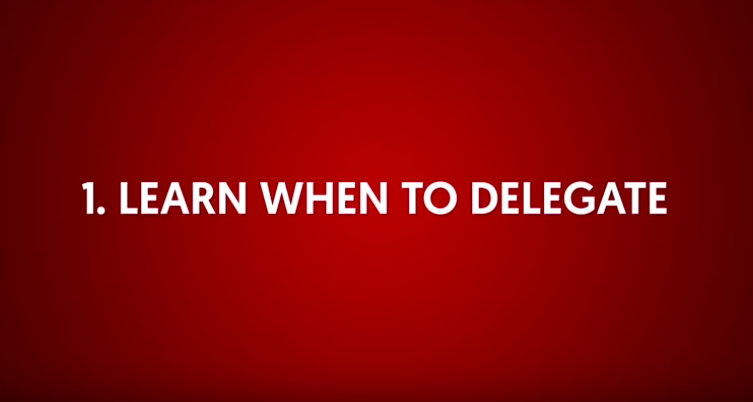 If other people can even do 70 or 80% of what you can do, delegate it. Your goal is to figure out the things that you need to do next to drive the vision, and if you can't delegate, you're not going to be able to grow, you're not going to be able to scale. That's fine if you want to continue to be a consultant or a freelancer, but it's not fine if you are trying to build an agency.

Mistake #2 – Not Knowing Your Limitations 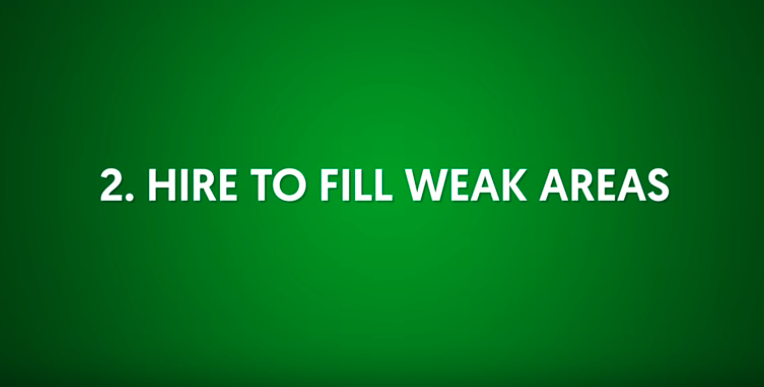 Along with delegating, you also need to figure out what you're good at, what you're bad at, and hire people in those areas where you have gaps. Sujan is really good at switching gears between different clients and whatnot, but he’s not a very process-oriented person. He can do things himself, he can teach people, but when he hires somebody who can take these things that they always do over and over again (he hired somebody specifically to create SOPs), his business started to thrive.

And when they onboard new employees or offboard employees, things didn't get lost in the shuffle. They were essentially able to hand over playbooks that they needed to use, which turned the onboarding process from three months to a couple weeks and they got it. 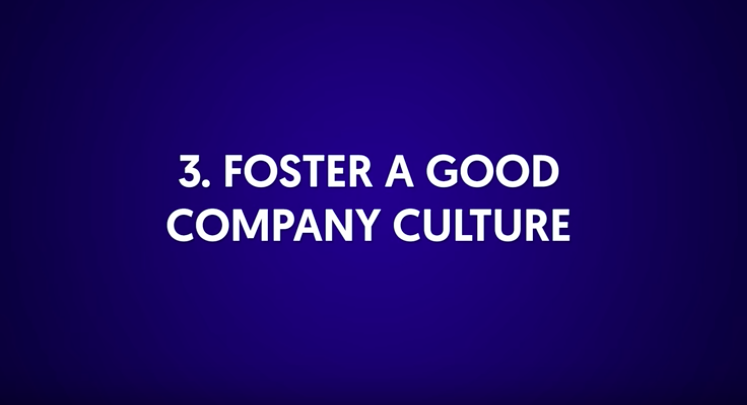 People throw this concept around a lot, especially in Silicon Valley. They say: “Oh, we have a great culture.” Everybody says that. But how do you actually build a great culture, and what does that mean?

This means that there is a strong correlation between employee happiness and productivity: The Department of Economics at the University of Warwick found that happy workers are 12% more productive than the average worker, and unhappy workers are 10% less productive. In fact, unhappy employees cost American business over $300 billion each year. So it literally pays to make sure your employees are happy! 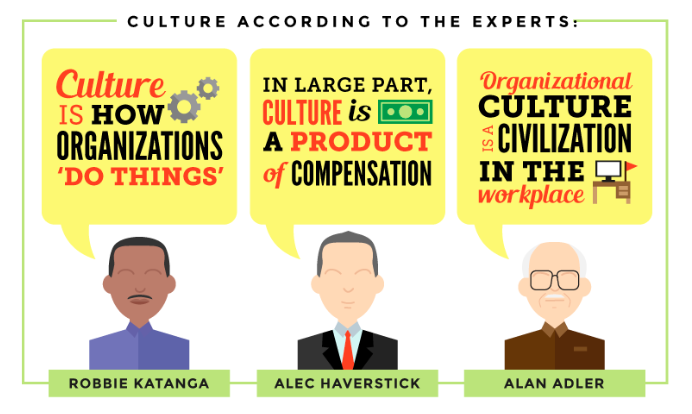 So culture-wise, here are a couple things that they do at Single Grain:

So culture helps everyone perform better, people get along better, and you operate like a machine because if you just keep operating like a freelancer or a consultant, you're not going to be able to scale well.

Because in the agency world people tend to work long hours with tight deadlines, you definitely want to give your people breaks to refresh and recharge, which really helps a lot with morale.

Mistake #4 – Taking on the Wrong Clients 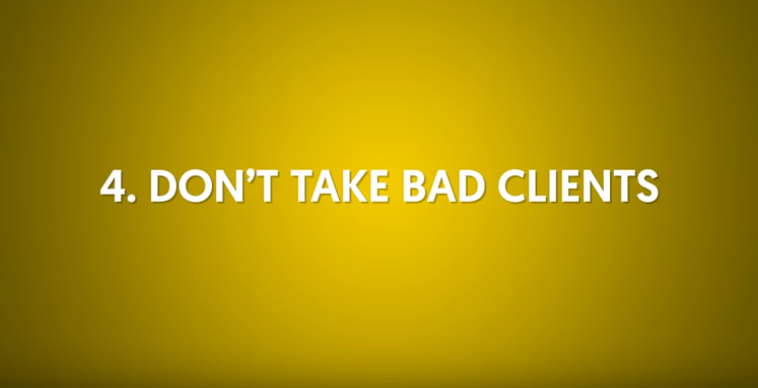 One mistake Sujan made was taking on the wrong type of clients. We've all made this mistake. The money's good, but suddenly you're at the closing stage of the deal and the client just kind of sounds like it's not going to be the best fit. To quote an old advertising campaign: Just say no.

You should always look for red flags in a client. Sujan has three or four different questions to ask, or things to look for:

Mistake #5 – Not Looking at the Numbers 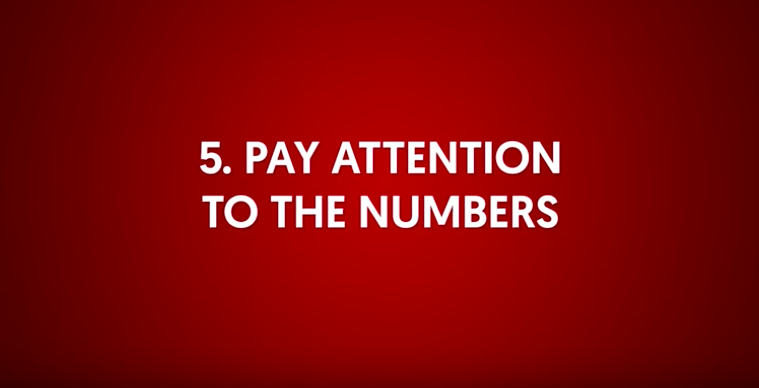 You have to look at the numbers. If you don't look at the numbers, you're going to be screwed. You can kind of get away with this as a freelancer or consultant where you're just kind of haphazardly doing things. Remember, you have people that you're responsible for, and you're paying for costs such as office rent, so you have to know what your numbers are.

For example, each week Eric gets together with the Single Grain sales team and they’ll look at the pipeline, the conversion rates, how many new sales they added, how many potential deals they’re going to close, how many qualified leads they got, etc.

And they’re constantly looking at the funnel, too: Where are people dropping off the most and what can they fix? They look at it from a sales and marketing perspective – how can they continue to optimize the sales funnel, the marketing funnel? 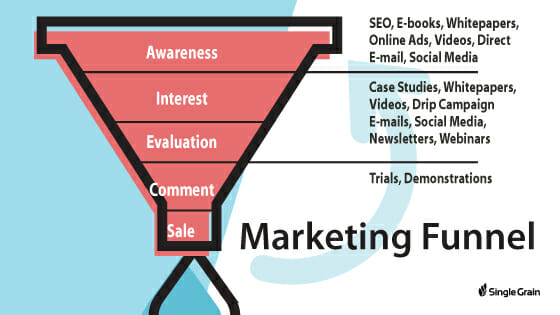 He also looks at the numbers around expenses. How can they keep expenses down? And how can they also spend some of that money, if they have extra money, on bonuses for people? So it's kind of manipulating the numbers to make sure that your company's performing really well. 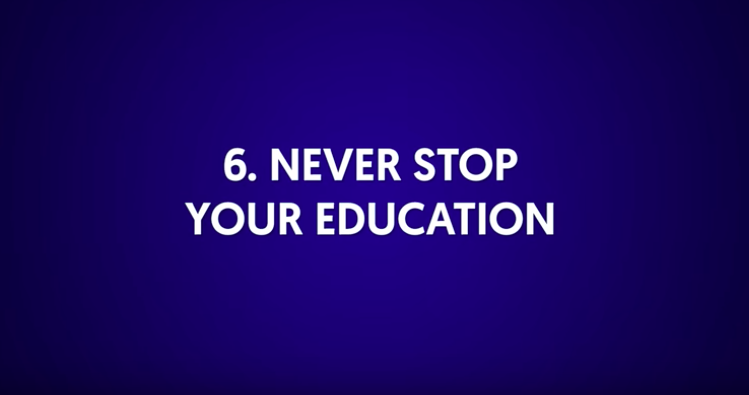 The last mistake on this list is failing to educate yourself. Like leveling yourself up, leveling your team up. This is really, really important.

When Sujan first started Single Grain back in 2005, he was 20 years old. He didn't know anything about business, but he was good at marketing. Well, he went from being a good marketer as a consultant, and people hiring him as a marketer, to being in the business of marketing. So he was, in his words, just a really bad CEO.

He made lots of mistakes, some of which are shared here, but there are a lot more he’s made, too. So you always have to educate yourself and level yourself up, but it's also about the right network that you put yourself in.

Sujan and Eric are both members of EO, Entrepreneurs’ Organization, which is great because you're around other CEOs and entrepreneurs who are constantly leveling up, too, so you can learn from each other about things like what P&L is, learning how to balance and look at the numbers, learning to do quarterly projections, learning what your limitations are, and what proper limitations are in a business.

These are all things that just don't come overnight. No one tells you how to do this or that you need to focus on it. You have to figure out these new problems. So Sujan always recommends spending maybe $5K-10K a year, or 5-10% of your income, on education for yourself and your leadership team.

That's huge. If you can't do that, you can't scale at all. If you're constantly in your own head, and you think you're too good to get help from other people, that's where you're going to fail, because being an entrepreneur is a very lonely game. Even when you have people around you, it's totally different, because they see you differently. But when you're around other entrepreneurs where you can share each other's pain, it's a totally different story.

Stay tuned for the next post in this 5-part series on how to become a consultant. In part 4, we're going to talk about strategies to get those high-ticket clients.

CJ Haughey • Jan 3, 2020
7 Business Intelligence Trends You Can’t Ignore in 2020
Share This Post
Popular Posts
30 Brands with the Best Digital Marketing Campaigns
18 Reasons Why Your Instagram Posts Fail (And What to Do About It)
9 Effective SEO Techniques to Drive Organic Traffic in 2020
20 Pre-Production Tips to Create Successful Video Content
54 Alternative Ad Networks to Open Up New Channels of Growth in 2020
30 Social Media Prompts to Get the Conversation Started
How to Create Instagram Stories Ads that Your Ideal Customer Will Swipe Up
Beginners Guide to Using Facebook Video Chat
42 Digital Marketing Trends You Can’t Ignore in 2020
12 Engaging Types of Video Content that Viewers Love to Watch
PROVEN RESULTS
Do you want more traffic?

Hi, I’m Eric Siu. I’m determined to make a business grow. My only question is: will it be yours?

Do you want more traffic?

Learn your site’s growth score by entering your URL.