Today I'm going to talk about where you should start your first marketing campaign.

How to Decide Where to Start Your Marketing Efforts

Figuring out where to start your marketing campaign is sort of like throwing spaghetti at the wall. You take a lot of different marketing channels and strategies, you throw 'em at the wall, and whatever sticks is what you should focus on. Maybe you start with paid ads, SEO, Facebook ads, social media marketing, content marketing, etc. Whatever you start with, you want to keep your experiments short and sweet. 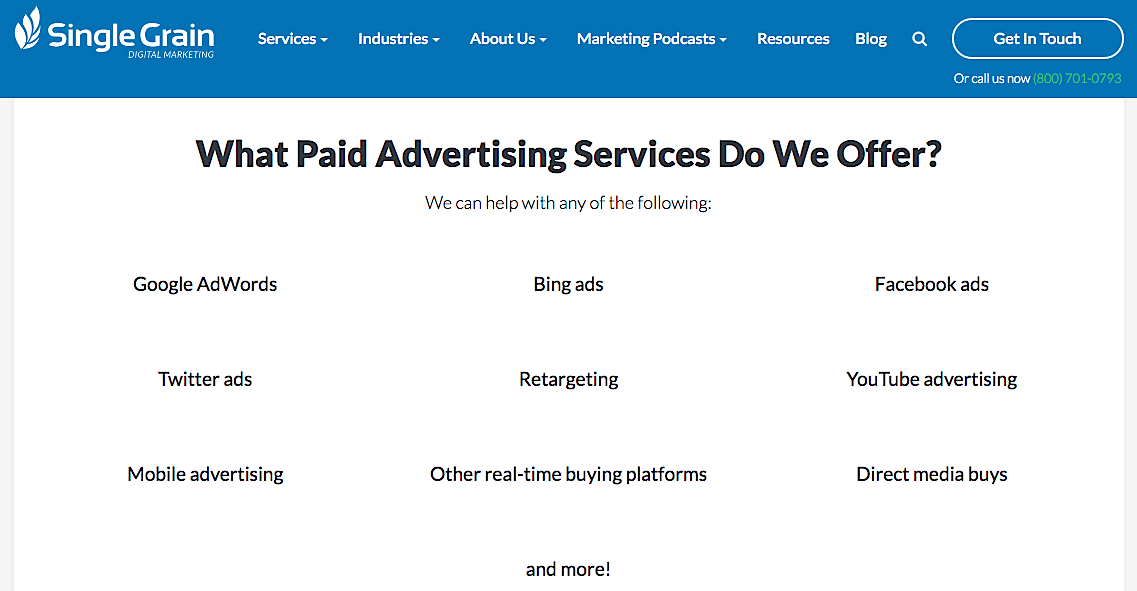 Figure out what’s not working out and put it on the backburner. Figure out what is working, and what has the most potential (output) with the least work (input). Then double down on that. Only after you’ve mastered this first channel and you’re seeing great ROI should you add another channel into the mix.

Learn More: How to Create a Content Marketing Strategy if You Are a Beginner

Another really important thing to keep in mind is that if you’re guerrilla marketing in the trenches, you aren’t doing anything wrong. I’ve interviewed over 200 entrepreneurs on Growth Everywhere and asked each one of them, “How do you go about acquiring the first 100 or 1,000 customers?” Almost always, without fail, the answer is hand-to-hand combat. It's going out there knocking on doors, cold-calling and e-mailing people directly. 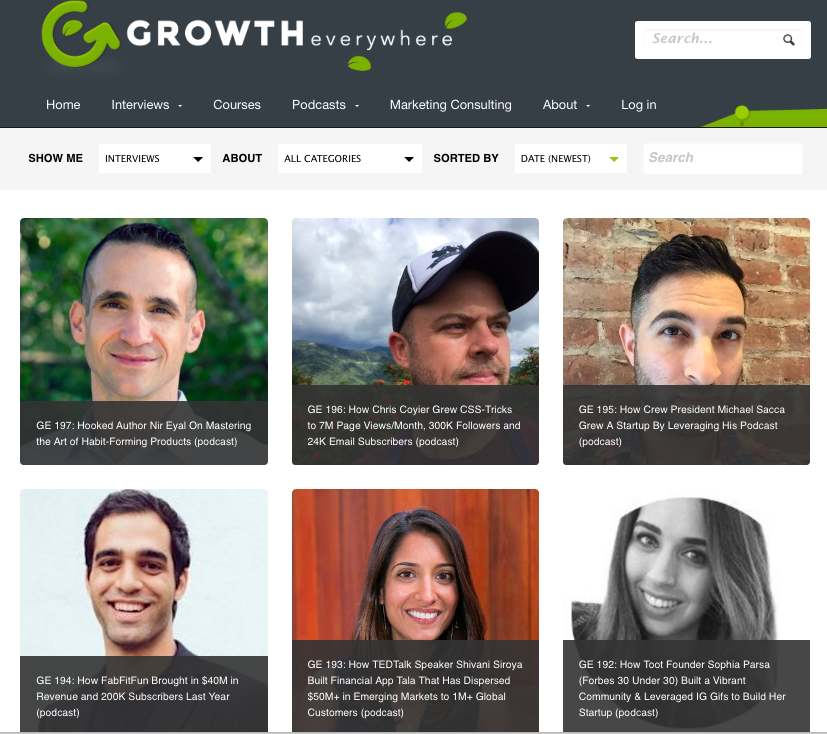 For example, if you picked the wrong first 100 customers and they churn and you're not making that much revenue and they're not satisfied with your product, those initial customers are also generating negative press and reviews at the same time. You're pretty much screwed, because those people don't just have a bad taste in their mouth.

Nowadays, with social media, Facebook, Twitter, Instagram, etc. people are able to tell the whole word, “Hey, I tried this company and it sucks.” Once you have that kind of press going for you, it's really hard to rebound from it, especially during the early days.

This kind of nose-to-the-ground guerrilla marketing is also the best way to test and validate new product concepts. For example, we're developing a Slack bot, and instead of paying a developer 15, 30, 45 grand to develop this one feature, we’re first seeing if people actually want it. That is, we’re reaching out to people individually and sending them the beta version manually. And people are raising their hands and saying, “Hey, I would actually pay for this.”

So we're starting those 1-on-1 conversions and we're actually getting people to commit a certain amount ahead of time. We're getting dollars in the door without even having a product yet.

Facebook is one of the strongest acquisition channels; the minimum you could be doing is retargeting people that are coming back to your site. You could also write a few blog posts, call it an advertorial about the top mistakes people shouldn't be making, and you're driving Facebook traffic to that. Seeing how people respond to that is a quick and easy way of testing things out when you're first starting.

You also need to analyze your current situation. As a company, what is your cash flow? Do you need money today? Do you need it tomorrow? Do you need it a month from now? A year from now? What's your runway? If you weren't making any money, if you have X dollars in your bank account, how long will you last?

If you have to figure out how to make money in the next week or month or else you're going to shut down, you don't want to invest too heavily in strategies like SEO or content marketing, or even social media marketing, because they take so long to work. Building up a Facebook channel, or Twitter channel, or getting rankings on Google, it's a lot of work.

If that's the situation you're in, you should look at paid advertising. It could be Google Adwords, Facebook advertising, Twitter advertising, or LinkedIn advertising, but you have to look at your cash situation.

If you're one of those entrepreneurs who is great at raising money and you raise $30 million, then you should start focusing on the longer-term strategies while testing out paid advertising at the same time.

Avoid These Marketing Strategies When Starting Out

If you’re just starting out, it wouldn’t make a lot of sense to go out there and try to build affiliate partnerships. There's a sales cycle to it and when you're working with other people they don't necessarily have that incentive to work directly with you; they're in it for themselves at the end of the day.

Another strategy I would avoid if you're starting off would be content marketing, although I love it to death. If you don't know exactly who you're targeting and you start creating content for the wrong audience, you're shit out of luck. That means all the posts that you've created won't do you any good. Once you get your first 100 customers manually or through whatever channel you want, once you figure out exactly who they are, then you can create content.

Identify Your Buyer Personas as Soon as Possible

At Kissmetrics, Neil’s ideal customer was an e-commerce company or a subscription-based SaaS company that did over $10 million per year in revenue and had a VP of marketing or a director of marketing. 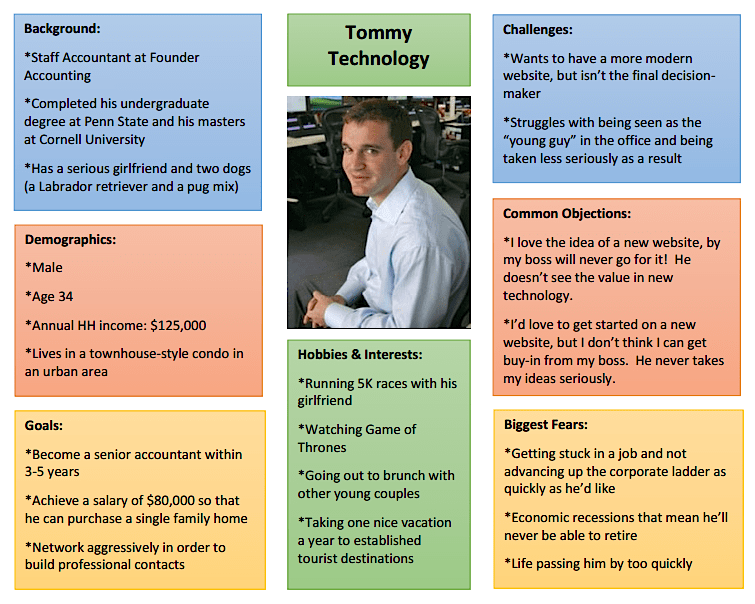 If the companies were smaller than $10 million and they didn't have a VP of marketing or a director of marketing, Neil found that they not only didn't pay him well, they also had a much shorter lifecycle.

But clients above $10 million understood that it was really important to maximize their use of Neil’s services and the Kissmetrics product. So not only would they sign up for the product, they would also put resources behind it internally to get it up and running.

The key takeaways here are focus on hand-to-hand combat, pick the channels that you think are going to provide the best return, throw things against the wall and then focus on the channels that stick. Then, once you start doing guerrilla marketing, you'll be able to figure out who your target personas are.

That’s going to give you the confidence you need to really sell your product or service, and scale it up into the big leagues. 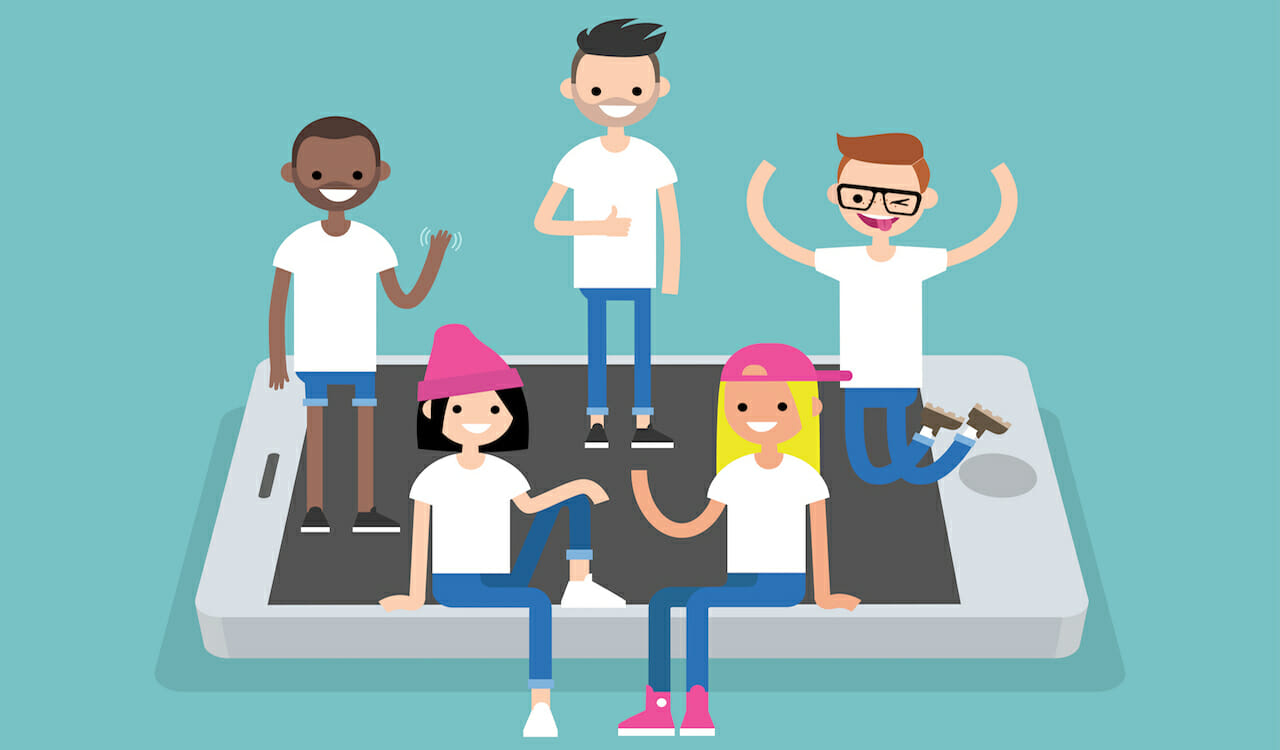 Ana Gotter • Apr 6, 2020
How to Use Engagement Marketing to Acquire More Customers
Share This Post
Popular Posts
31 Best Digital Marketing Campaigns You Can Swipe
18 Reasons Why Your Instagram Posts Fail (And What to Do About It)
10 Effective SEO Techniques to Drive Organic Traffic in 2020
20 Pre-Production Tips to Create Successful Video Content in 2020
54 Alternative Ad Networks to Open Up New Channels of Growth in 2020
30 Social Media Prompts to Get the Conversation Started
How to Create Instagram Stories Ads that Your Ideal Customer Will Swipe Up
Beginners Guide to Using Facebook Video Chat
42 Digital Marketing Trends You Can’t Ignore in 2020
17 Engaging Video Content Types that People Love to Watch
Read this next
Eric Siu • Apr 7, 2017
Should New Marketers Work at an Agency or a Company?
Previous Article
Scott Ragin • Apr 5, 2017
10 Ways Your Paid Marketing Campaign Can Go Wrong
More like this
Eric Siu • Mar 24, 2016
The Brand-Building Power of Providing Free Advice: 10 Lessons From Neil Patel
Single Grain Team • Oct 9, 2013
Comprehensive Guide To Digital Publishing For Your Business
Mary Kleim • Jul 27, 2017
How to Recover From Any Google Penalty
Katie Alteri • Sep 29, 2017
How to Decrease Your Marketing Budget without Hurting Your Business
Brian Barr • May 1, 2019
Marketer’s Guide to Advertising on Reddit
Latest Posts
Eric Siu • Jun 30, 2020
8 Best Business Phone Services in 2020
Elise Dopson • Jun 26, 2020
10 Effective SEO Techniques to Drive Organic Traffic in 2020
Ana Gotter • Jun 23, 2020
How to Create a High-Performance Content Marketing Strategy in 2020
Justice Ekhaguere • Jun 15, 2020
Ecommerce Advertising Strategy: How We Doubled PPC Sales for ThinSlim Foods (with a 3X+ ROAS)
Eric Siu • Jun 9, 2020
11 Best Video Conferencing Software
Back to our blog