Let’s talk about some of my biggest marketing failures.

How All My Emails Went to Spam

I remember when I started getting into email marketing, every time someone subscribed to my list I would email them out when I had a new blog post. I continually did this for years and never scrubbed my list. This is one of the biggest mistakes I ever made, and one that I spent years recovering from.

Gmail and some other email providers saw that most people weren’t opening my emails and assumed they were spam. Even though a lot people were not marking it as spam and the percentage was low, I still got marked as spam. The open rate was just so bad.

The lesson I learned was: don't send someone 5-10 emails if they're not opening any of them. Most email providers have a setting that allows you to automatically scrub your email list. So after three, four or five emails without an open, you stop emailing them all together and move them into a separate list. 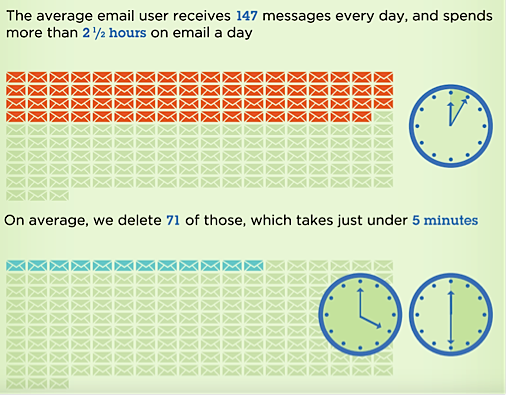 If you want to do a reactivation campaign to try to get them back onboard, you can try sending them a personalized email to see if that helps. But in general you don't want to keep sending people emails they don't open, because if you do that too often you'll find that most of your emails will start going into people's junk folder.

Learn More: How to Get More Responses From Cold Emails

How Riding a PR Wave Got Me Blacklisted

When I was at a startup there was this online education startup called Code, which was backed by people like Mark Zuckerberg, Bill Gates, Chris Bosh, etc.

At this time, a bunch of these people were talking about the importance of coding. It was this big movement and my plan as a marketer was to ride the wave of press. My startup was also one of the leading coding schools out there, so it made sense.

I ended up bidding on the keyword “code.org” and using YouTube advertising and our site was actually featured on the front page of Code. So we were getting a lot of traffic, and I was like, “Okay, we really need to capitalize on this. We need to ride the wave, so whenever someone is searching for code.org on YouTube, we're going to have our video pop up first, and we're basically going to take their place.”

Long story short, we were actually removed from the Code homepage and one of their cofounders, a well-known entrepreneur and also a venture capitalist, reached out saying, “Hey, I don't appreciate you guys doing this. As of now, we're going to take you off.” I was copied on that, one of our lead venture backers was copied on it too, and we just lost out on that traffic.

The lesson I learned was: don't try to capitalize on every single opportunity out there. They were gracious enough to put us on there. Also, be more vigilant when you're doing something like this. When you're bidding on certain keywords inside of Google AdWords, you have to pay attention to what the actual ad looks like. Our ad actually looked a little weird, so they cited us for that. You have to have the attention to detail to make sure that your ad is saying the right thing at the right time.

Another big mistake that I made was not focusing on branding early in my career. Nowadays I focus on branding more than any other marketing technique out there, but when I first started out, I was just like, “Oh, all that matters is you build up a big social media presence, and you just rank everywhere on Google and that's all that matters. The data's in the numbers. If the numbers don't show it and you can't calculate an ROI, it's not worth doing.”

But think of it this way. When you think about cars, do you Google “buy cars” or specific types of cars? You already know, hey, I want an SUV—I'm thinking either BMW or Mercedes or Toyota. These are brands that have built their name up for many years and they're so powerful that you’re already dreaming about getting a Mercedes or a BMW or whatever it may be.

Or when you think about credit cards, you don't always Google “What's the best credit card?” You're like, “Oh, let me get American Express. I see their commercials everywhere,” or “Let me get a Chase Sapphire Card. I'm seeing their commercials on TV.” Now, this doesn't mean that you need to be doing TV advertising, but when consumers buy something, it doesn't matter if it's in the B2B or B2C world, branding is what's usually on people's minds.

So, whether it's magazine articles, press, SEO, social media, whatever—all these things affect your branding and you want people to continually know who you are so you stay top of mind. In the long run, the companies that invest in branding will eventually take you over, assuming they also have a good product or service.

How Discounting Can Lead to Terrible Service

There was another opportunity we had with Noah Kagan‘s company, AppSumo. They basically take your product and offer a discount to their entire email list. Now their email list has over 700,000 people who are interested in cool applications. We had something that we thought would resonate with the audience, so we worked out a deal there where we would basically give people half off our original price. 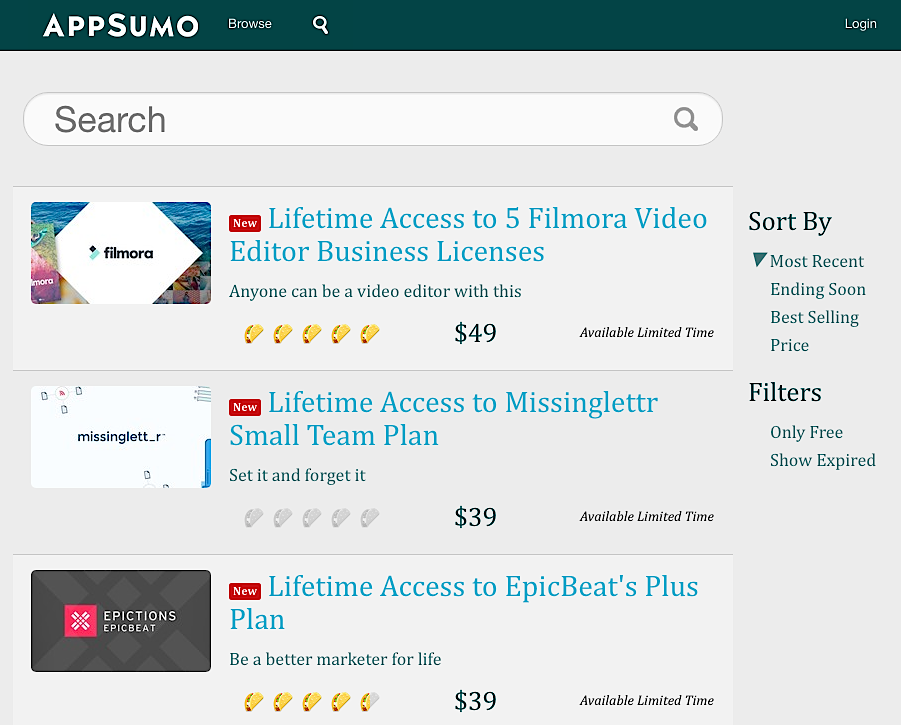 The first day that it launched it was an incredible success. I remember chatting with Noah and he said, “Well, that was probably our biggest win.” It was a six-figure day for AppSumo. But even though the revenues came in, it put a ton of stress on the entire company.

So, while the marketing part was a win, it actually hurt the company because our support team (we only had two people in customer support) was inundated with requests, and it actually slowed the entire company down. The end result was that the entire customer support team was mad at the marketing team. When you cause a company to slow down like that, even for a couple of days or so, it's actually a net loss, even though you had that marketing win.

The lesson I learned is: pay attention whenever you're doing any marketing promotion. You have to take all these other departments into consideration as well and make sure that you're not affecting them in a negative way.

Another thing I used to do was when I would start new companies, I would go after the channels that I already knew. In the same way that people have favorite comfort foods or outfits they wear on a regular basis—marketing is the same. Each time I would go back to basics with SEO, social media, content, etc.

But I took a very important thing for granted: trends. If you aren't keeping up to date with where the industry's going, with new and low-hanging, high-ROI tactics that you can be leveraging instead of just going back to basics, eventually someone will overtake you just by being open to doing other things that are on trend.

For example, when Neil started Kissmetrics, there was a competitor in the space with more experience who had a premium product. But Neil focused on SEO, creating fantastic content, and branding Kissmetrics around mobile, which was slowly trending.

So don't just get used to what you know. Be open to thinking outside the box and getting out of your comfort zone when it comes to using different marketing tactics. Some may not be conventional. Like getting into mobile when everyone else was focusing on web wasn't conventional. But that's the good marketing angle. 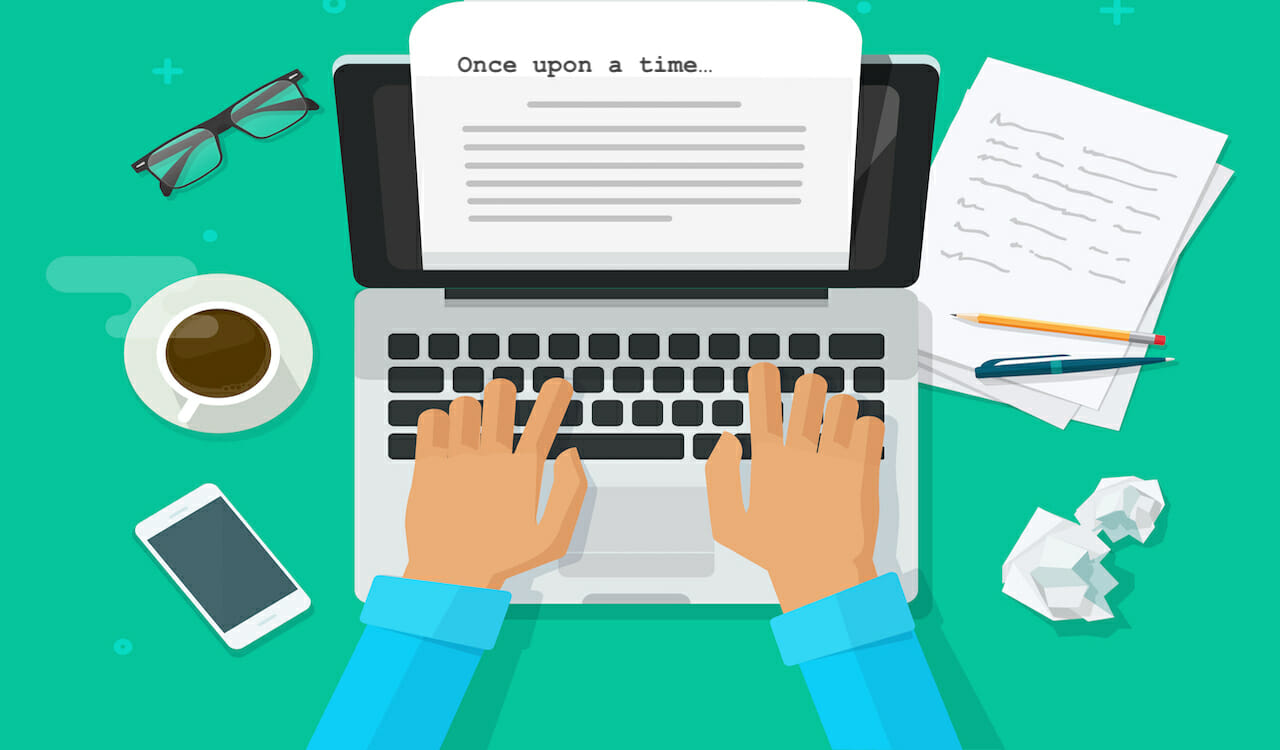 Joydeep Bhattacharya • Oct 11, 2021
9 Examples of Storytelling Marketing to Inspire Your Next Campaign
Share This Post
Popular Posts
31 Best Digital Marketing Campaigns You Can Swipe
18 Reasons Why Your Instagram Posts Fail (And What to Do About It)
10 Effective SEO Techniques to Drive Organic Traffic in 2021
20 Pre-Production Tips to Create Successful Video Content in 2021
22 Alternative Ad Networks for Best PPC Conversions in 2021
30 Social Media Prompts to Get the Conversation Started
How to Create Instagram Stories Ads that Your Ideal Customer Will Swipe Up
Beginners Guide to Using Facebook Video Chat
42 Digital Marketing Trends You Can’t Ignore in 2021
17 Engaging Video Content Types that People Love to Watch