This podcast originally appeared on Growth Everywhere, a marketing and business growth blog. Today’s interview is with Rob Walling, founder of Drip, an extremely user-friendly email marketing automation tool that allows you to craft every interaction with your leads, Troux users, and customers. I personally just became a customer about a week ago and I’ve been very happy with both the team and the product itself.

In this interview, Rob and I talk about how the idea for Drip manifested as a result of the problems he was having with the email marketing tool he was using at the time, why a simple change in the software features was the key to finally growing the business, and how acquiring just one marketing skill at a time is the path to success.

Making the Leap to Freedom

Rob Walling is a software developer by training—it was a hobby of his when he was a kid, in fact—so it was only natural that he start writing code for a living. But after realizing that being a salaried employee was not something he could do forever, he made the leap to freedom by starting to launch some small software products and websites on the side. As you would expect, there were a bunch of failures, and then he had his first product success—DotNetInvoice, invoicing software that he had acquired from other developers.

Necessity Is the Mother of Invention

Before Drip was even a vision of email automation, Rob was struggling with an SaaS app that he owned called HitTail. He wanted an email capture form on every page of the app, but he wanted a simple JavaScript widget in the lower right (like a chat window), not a big Lightbox that was going to be irritating to the user. And besides wanting that widget to capture email, he wanted to offer people a 5 or 7-day mini course. Just to do this plus get the design for it plus get it into MailChimp plus get the autoresponder set up took two or three full days. To Rob it was insane that there wasn’t an easier way to do it.

Today, that’s what Drip does.

In 2012 the idea for Drip finally manifested when Rob was having a problem setting up marketing funnels in the current email marketing tool he was using. He was frustrated by its inability to tell him who had converted, when they had converted, and why specifically they had converted. He also wanted it to do basic things like moving people from one interest list to another and he wanted it to do all this without having to spend hundreds of dollars a month.

Changing the Software Features Triggered the Growth of the Business

By the time he and Derek—the developer who’s now co-founder—launched Drip, they had built up a pretty good launch list, but then they spent the first few months trying to figure out why they weren’t able to grow the app. He kept putting people into the funnel and they kept leaking out as fast as they were going in. So the challenge was to find out how to keep these people, and the overwhelming feedback was that they needed to build in some marketing automation—basically build in the ability to tag and move people in and out of lists. So they spent 3-5 months building what the people wanted and as they started rolling that out, churn went down, trial-to-paid conversions went up, revenue numbers went in the right direction and, as the saying goes, they were off to the races.

It was as simple as changing the features of this SaaS app that finally allowed their audience to really comprehend the power of Drip and the business to flourish. Once they started calling themselves a lightweight marketing automation platform all the trial-to-paid conversions leapt up to 45-50% and the churn dropped down to about 5-6%. The interesting thing was that they had the same amount of traffic and yet their revenue numbers started growing by $1,000-2,000 a month, and then as things started accelerating, it started growing by $3,000-5,000 a month.

At the time Drip launched, they had about 3,400 emails from about 4 or 5 different sources, because Rob believes that you start marketing the day you start coding. And that’s literally what they did. While Derek was writing code, Rob focused on building an email list.

He has this concept called Concentric Circle Marketing. So if you imagine a dart board, there’s a circle at the center of your bull’s eye and that is circle one, that’s your audience—your email list, your podcast or blog audience, your Twitter following. And the next circle out is your warm audience—so maybe your colleagues or your friends if they run podcasts and they’re willing to vouch for you. And the third one out is cold traffic.

When building an email list, Rob always starts with that inner circle because he has a pretty good blog, podcast, and Twitter following. And the minute he starts to build the product, that’s when he talks about it on all these platforms because the folks who follow him are also building startups and software. That’s how he built Drip’s email list up to about 500-600 pretty quickly. And even though he knew that the conversion rate wouldn’t be phenomenal because part of his audience was made up of people who were unable to pay $50 a month for a marketing automation tool (or an “email marketing tool” back then), he still consistently talked about it.

He was asked to go on podcasts to talk about software, entrepreneurship, and building startups, so even when he wasn’t actively trying to promote Drip, that’s what he wound up doing—and that accounted for about another 500-600 emails. Then he ran Facebook ads to a landing page based on email marketing interests which accounted for another almost 1,000 emails. And finally, there were about 300-400 emails from beta lists.

They were paying about $3.50 per email and he was sending people to a landing page—or rather, different landing pages with different headlines. And that was a key part of this process: not just getting the interest lists, but figuring out which of these value propositions resonated with the audience. In other words, are people more willing to provide their email address if the headline is “Create a Double Digit Jump In Your Conversion Rate” or “More Leads More Customers” or different phrasing? Based on their prior experience with HitTail, where testing these value propositions had created a double digit jump in conversion rates, they ran different Facebook ads with different landing page headlines and different images.

From Software Developer To Marketer

To be honest, early on I was terrible. I didn’t know what I was doing when I launched several sites between 2002 and 2005 and I just expected them to market themselves—because that’s what Inc. Magazine or Tech Crunch tells you!

So what he did was just acquire one marketing skill at a time, and focus on it, learn it, get good at it, then move on to the next one. It’s just like learning development—you don’t jump in and try to learn PHP, C Sharp, and Rails all at once. You learn a single language until you master it and then move on to something else.

Rob is a big believer in a thing he calls The Stair Step Approach, which is basically building small products first rather than trying to build a SaaS app like Drip which is quite complicated, expensive to build, and not very easy to manage and market. He “stair stepped” up with several small products that had a single sales channel which usually drew its traffic organically from Google or from AdWords and Facebook ads. This is simple stuff, but practicing on these channels teaches you how to write copy, optimize pages, split test, and you can use those skills when you’re ready to launch a larger app.

How Drip Differs from the Competition

Drip offers almost the complete InfusionSoft tool set. InfusionSoft does a bunch of things, like landing pages and affiliate tracking and shopping carts—and Drip doesn’t do that. But the core of InfusionSoft that most people use is the heavy email automation, the ability to send the right message to the right people at the right time and manage all that. Drip does this, but the main difference is that Drip is far less expensive and is far, far easier to use. That’s their big selling point: usability, ease of set up, and ease of understanding the paradigm.

If you’re building a mailing list and want to do things that are pretty exotic, you’re going to outgrow the basic tools like MailChimp and Aweber. But InfusionSoft is $300-500 a month, $2,000 up front, and it’s quite hard to use. Drip lands right between those two products.

Patience Is a Virtue When You’re Growing a Business

After launching Drip, revenue went flat for about 4 or 5 months. Having launched, acquired, and grown a ton of different apps in different industries, Rob expected that he’d be able to grow this one faster, and when that didn’t happen he became extremely frustrated. The first phase of building a startup is building, the second phase is learning, and the third phase is scaling. And that learning phase is going to take longer than you want it to even if you have the experience and the confidence that you can do it. Patience is critical because you can’t compress that learning phase any further than it needs to be. Even if you’ve raised $5-10 million you still can’t accelerate the learning phase because trial and error is a necessary component of building anything.

But he and Derek were able to turn their struggle into a learning experience—they were recording their weekly calls at that time and edited them down into a two-hour audio documentary, which is available to listen to at StartupStoriesPodcast.com.

A Piece of Advice For His 25-Year-Old Self

Rob says that if he could give his younger self a piece of advice, it would be to start doing things in public sooner, like starting a blog and publishing the first post about software development. He was terrified to put himself out there, and even though no one was reading it, it was still scary. But he has realized that once you actually face that fear and take the action, the terror eventually goes away—and now Rob’s blog has grown to 30,000 followers.

Resources from this interview: 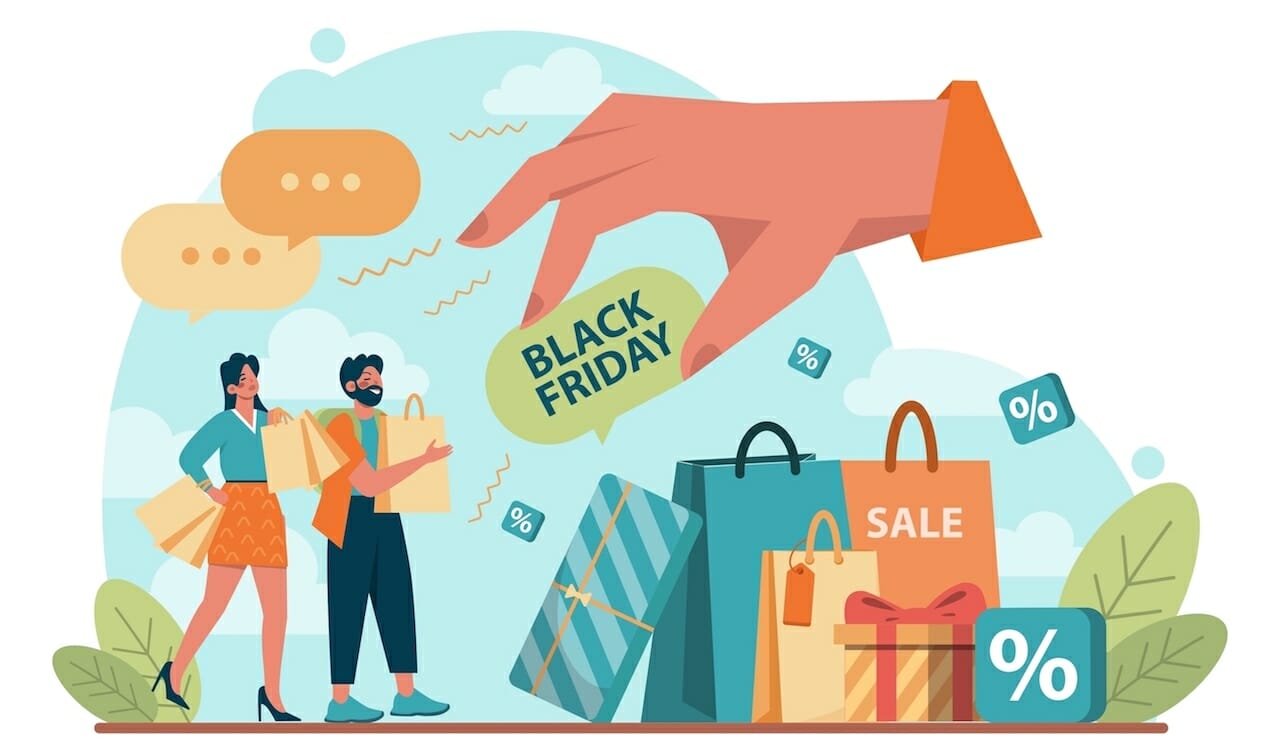